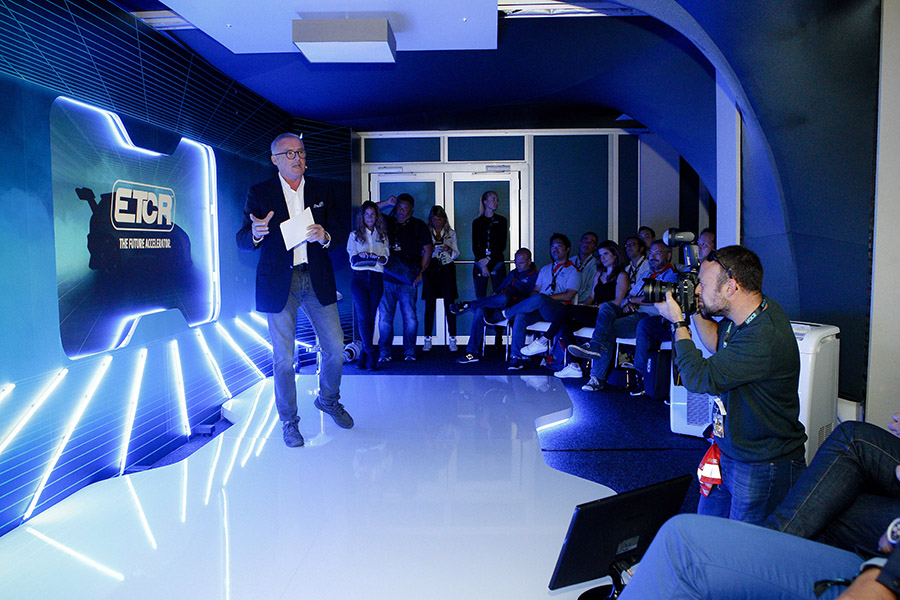 WSC Technology launches the ETCR series to kick off in 2020

The ETCR series, the first global multi-brand racing series for electric Touring Cars, has been officially launched today at Circuit Barcelona-Catalunya.
A restricted number of guests, including representatives of car manufacturers, automotive suppliers and media, gathered at the ETCR hospitality unit located inside the paddock, in the frame of the GT Open and TCR Europe final event.

Marcello Lotti, President of WSC, introduced the ETCR concept that will have its own championship in 2020.
“In the wake of the global success achieved by TCR and being aware of the automotive market’s current trend towards a new and responsible mobility, two years ago WSC Technology embarked on this ambitious project with the aim of educating the motorsport community in making contact with these new technologies that represent the future reality.”

“The ETCR applies electric power units to the very same chassis concept of TCR cars. It is already attracting the interest of different car manufacturers that also regard it as a tool to restore the role of motorsport as a platform for research & development that can transfer experience and innovations to the standard products.”

“Our ultimate goal is to show the fans that electric car races are as entertaining as those for the internal combustion-engined cars. And we would like to highlight the deep involvement of CUPRA in the overall project from a technical point of view. The cooperation between WSC and SEAT began from the inception of the TCR concept and has now taken a further step forward during this project with the development of the first racing car built in compliance with the ETCR technical regulations.”

After the press conference the guests witnessed the CUPRA e-Racer in a dynamic demonstration and then moved to the pit lane for having a close look at the first fully electric touring car.

CUPRA is the first brand that has developed and presented the new technology for the ETCR platform: the e-Racer is powered by two twin-electric motors located over the rear axle, delivering up to 500 kW (680 bhp) and is also equipped with an energy recovery system. Compared to the conventionally powered CUPRA TCR; despite weighing 400 kilos more, it features excellent performance, such as 0-100 km/h acceleration in 3.2s, and 0-200 km/h in 8.2s.

Further details on the event format and the calendar of the ETCR global championship’s maiden season will be unveiled in due course.