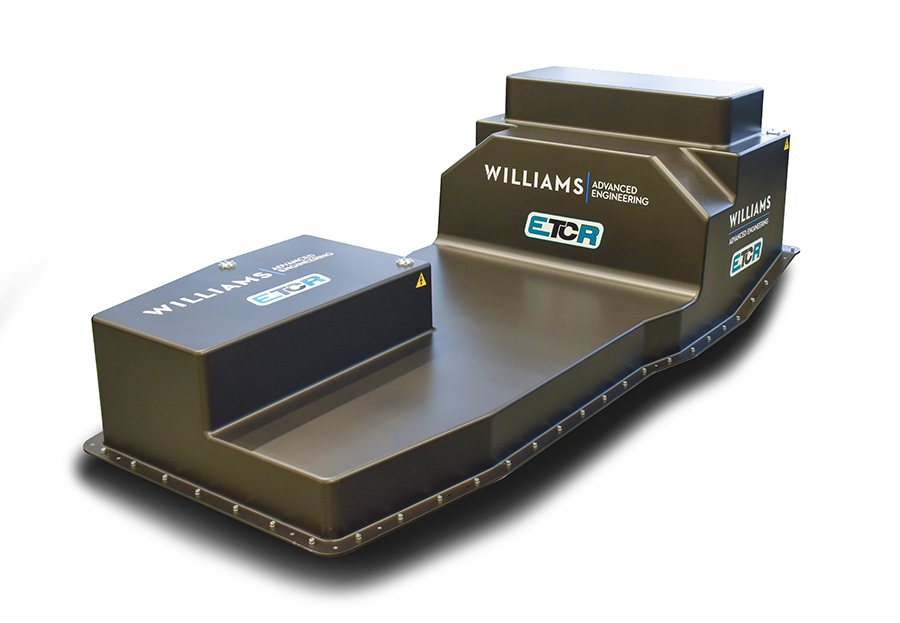 Using its extensive experience of being sole supplier of motorsport and automotive electrification programmes, Williams Advanced Engineering has designed and built a bespoke battery pack for ETCR.
This innovative, high-performance battery has been developed using the company’s in house cell and battery testing and manufacturing facilities. The Vehicle Control Module has been developed with motorsport in mind and the combination of the dual ARM Cortex-A9 processor and the FPGA (Field-Programmable Gate Array), ensures it can be configured for process intensive tasks.
After WAE was appointed by WSC Group as the battery pack sole supplier for ETCR, the project was completed in only seven months, from initial feasibility work through to in-vehicle testing. The project began in May 2019 and two months later, cell and prototype module tests were already under way. Extensive Computational Fluid Dynamics (CFD) and Finite Element Analysis (FEA) simulations were run in September 2019, allowing for manufacture in December culminating in physical testing to validate a full race season.
The 798V battery pack provides a peak power of 500kW and 300kW continuous power with a 62kWh capacity. The high power cylindrical cell battery can be re-charged in less than an hour from 10% to 90% at 60 kWh. The pack will also allow four “push-to-pass” events over the 21-minute race distance.
Through extensive FEA analysis the composite-made enclosure has been designed to provide an electrical barrier against EMC (electro-magnetic current) and survive a 50g crash simulation. CFD thermal analysis was performed at both cell and pack level to model in detail the thermal characteristics of the battery pack in order to optimise cooling and weight efficiency.
All electrical testing on-site was completed using one of the largest Kratzer and AV900 simulators in the UK and every battery manufactured goes through end of line trials to verify production build quality.
The first event is scheduled in July 2020 at Goodwood Festival Of Speed.