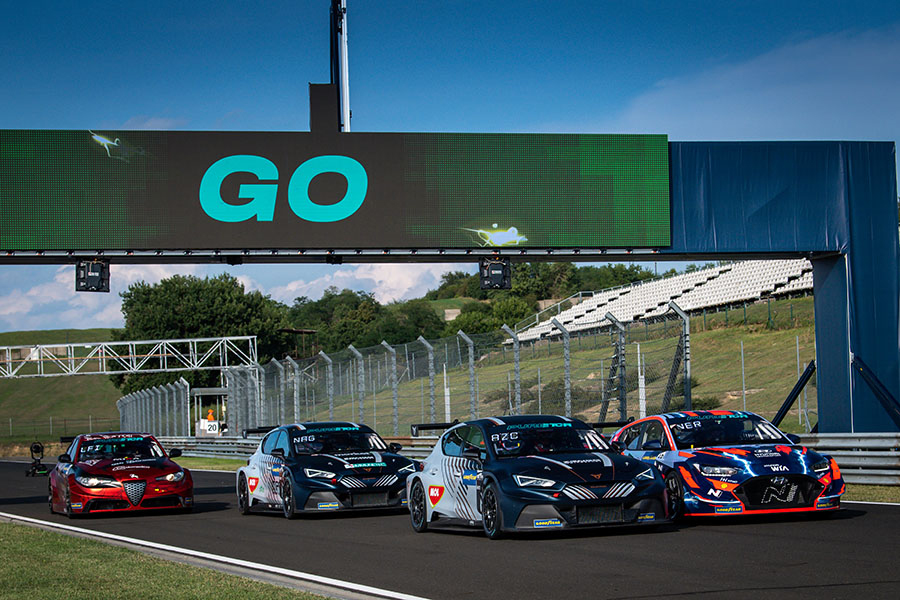 The PURE ETCR first champion will be crowned at Pau-Arnos

The first champion of Electric Touring Car racing will be crowned this weekend at Pau-Arnos, where the PURE ETCRs' inagural season comes to its end.
A three-way fight is expected between the CUPRA X Zengő Motorsport pair of Mattias Ekström and Mikel Azcona and Jean-Karl Vernay of Hyundai Motorsport N.
Ekström at the wheel of his CUPRA e-Racer ETCR has built a lead of 29 points over Vernay who drives a Hyundai Veloster N ETCR, while Azcona lies in third position, six points behind the Frenchman. With 77 points on offer at Pau-Arnos, the third CUPRA driver Jordi Gené has still slim chances, as he's currently fourth in the standings with a gap of 61 points.
Besides the points themselves, Ekström has a further advantage, as he can fully focus on the ETCR races, while his three rivals will jump back and forth between their electrical cars and their WTCR vehicles.
However, all of them will face strong opposition from the Romeo Ferraris Alfa Romeo Giulia ETCR cars driven by Luca Filippi, Rodrigo Baptista, Oliver Webb and Phillip Eng. Although none of the four Alfa drivers is in contention for the title, they will be aiming to score more victories after the three conquered in the previous events in Denmark and Hungary.