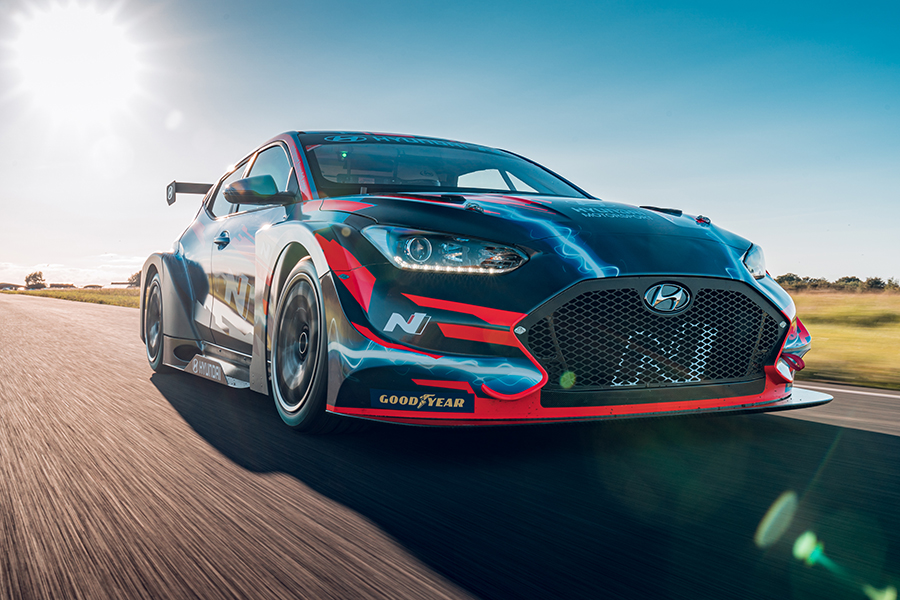 Although the effects of the COVID-19 pandemic have unfortunately delayed the integration of the ETCR kits into the racing cars by six months; a few days ago, Hyundai Motorsport were able to complete their first integration of a Veloster N ETCR car at WAE, under the supervision of WSC Group’s ETCR Technical Director Gergeli Bári.
Activities included four days at the WAE workshop for the integration of the electrical systems and three days of shakedown and calibration testing at Great Tew circuit.
The integration was performed with the help of an ETCR lab-car built by WAE that was used to replicate and resolve any issues that may possibly occur during the race car integration process.
Static Integration was carried out in two phases: Mechanical and Electrical, and followed a bespoke test plan developed by WAE for ETCR.

All the E-Kit components – MAGELEC propulsion power train, BrightLoop DCDC12L converter and Marelli Power Box – performed well, as expected.
Following the completion of the static integration, with the support of WAE’s engineers and technicians, the team moved to Great Tew test track in the heart of Oxfordshire for a dynamic shakedown; during  which the car was pushed to the limit; completing over 300km, proving itself to be both safe and reliable.
Before wheels turned, the High Voltage system was signed-off and safety critical operation guidelines were established.

Maurício Slaviero, Head of ETCR project for the WSC Group commented: “As a result of COVID, it has been a long wait, but we are finally able to move ahead. We are delighted that the integration of the Hyundai Veloster N ETCR, the very first car, was successfully completed which enables us to follow the integration process with the Ferraris, Alfa Romeo and the CUPRA between the end of October and beginning of November. The MG is expected to be completed by early December and these are the cars that will be submitted for the homologation procedure. Once completed, each manufacturer will be able to produce individual racing cars for the different championships.”

Alec Patterson, ETCR Senior Programme Manager at WAE added: “We are delighted that the physical testing phase of the programme with the Hyundai Veloster N ETCR has gone so well, which validates all the preparation work the engineers completed in the digital environment and on the electrical lab car beforehand. The teams now head to Italy for further track testing, allowing them to correlate their analysis tools in a simulated race environment, optimising all the electrical systems prior to final delivery of the batteries for the start of the programme in 2021.”