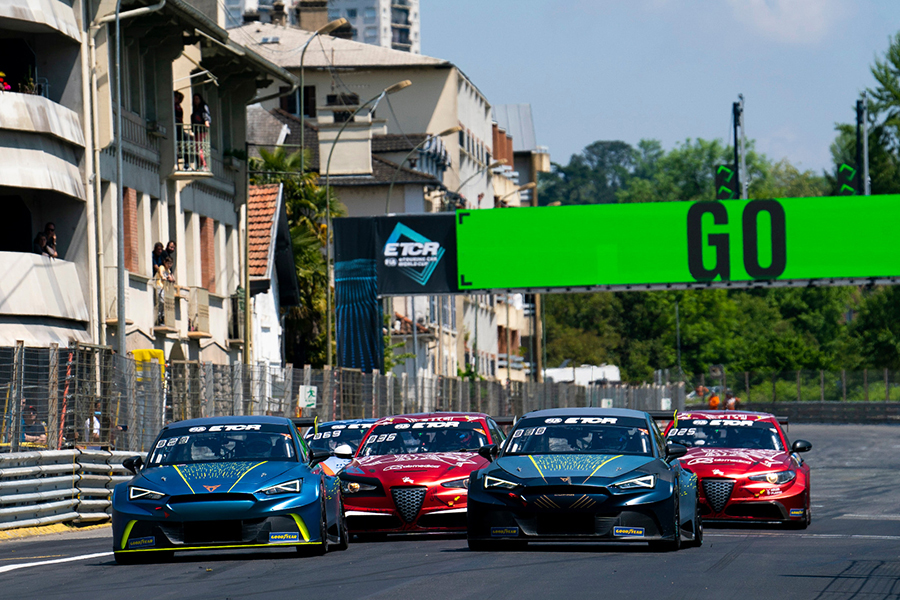 The FIA ETCR resumes at the Hungaroring for round 2

After kicking off one month ago on the streets of Pau, the new FIA ETCR eTouringcar World Cup, resume for round two at the Hungaroring.

Mattias Ekström has started on the right foot in France, winning one of the two Super Finals and scoring the maximum loot of 100 points on offer during the weekend. His CUPRA EKS teammates Adrien Tambay and Tom Blomqvist are placed in second and third positions, eight and 21 points behind their leader, with the Frenchman capable of winning the other Super Final at the wheel of his CUPRA e-Racer.

Hyundai Motorsport N's Mikel Azcona emerged as the best of the rest with his Hyundai Veloster N and lies fourth in the standings with a gap of 28 points. The Spaniard has an advantage of 11 points over the first Romeo Ferraris driver, Bruno Spengler. Last year, Azcona was the winner of one of the PURE ETCR Super Finals when he was driving for CUPRA Racing, while the other victory went to the Romeo Ferraris-run Giulia of Philipp Eng.

Hungarian fans’ favourite Norbert Michelisz had mixed fortunes on his maiden appearance at the wheel of the Hyundai Veloster N ETCR but managed to win his semi-final race; he’s now eager to make a further step forward in terms of performance to please his home crowd.