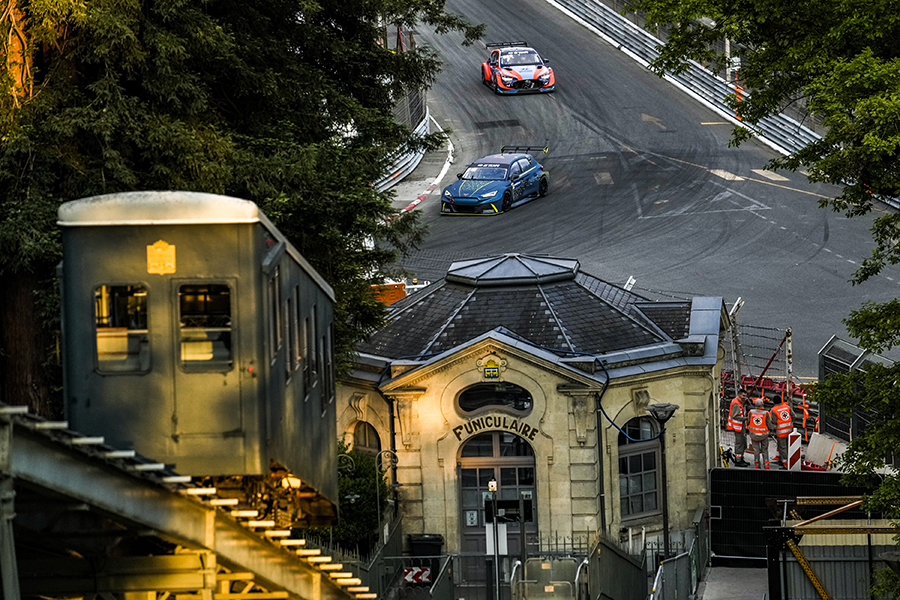 The FIA ETCR kicked off at Pau with exciting battles

The FIA ETCR kicked off today at Pau with Qualifying and Quarter Finals; the twelve drivers were split in two pools: Fast and Furious.

At the end of the day, Mattias Ekström led the standings, six points ahead of his CUPRA EKS teammate Tom Blomqvist.

Jean-Karl Vernay’s Hyundai Veloster clocked the best lap of 1:21.935 in the Fast pool’s Qualifying, beating Adrien Tambay by 18 thousandths of a second, while Blomqvist qualified third ahead of Maxime Martin who spoiled his chances with a mistake during his first attempt.

The Furious pool was faster, with Ekström setting the pace at 1:21.282, beating Mikel Azcona’s 1:21.784; Giovanni Venturini and Bruno Spengler were placed third and fourth, while Jordi Gené did not post a time as he crashed during his first flying lap.

The Quarter Finals of the pool Fast saw Vernay easily outpacing Blomqvist and Tambay in the first 3-lap race, while Martin kept Norbert Michelisz at bay to win the second race. However, Vernay was later disqualified for using the wrong map (400kW instead of 300kW).

In the first Quarter Final of pool Furious, Ekström completed a solo flight, as Azcona and Venturini made contact after the start. The Giulia crashed into the wall and stopped, while the CUPRA pitted for a tyre change and finished one lap behind.

The last Quarter Final was the closest, Spengler led from Gené and Kevin Ceccon at the start and built a small gap in the first lap that was then erased by his pursuers. In a thrilling last lap, the Canadian kept Gené and Ceccon behind, winning by 0.6 seconds.

Action will continue tomorrow with the Semi-Finals and the Super Finals.