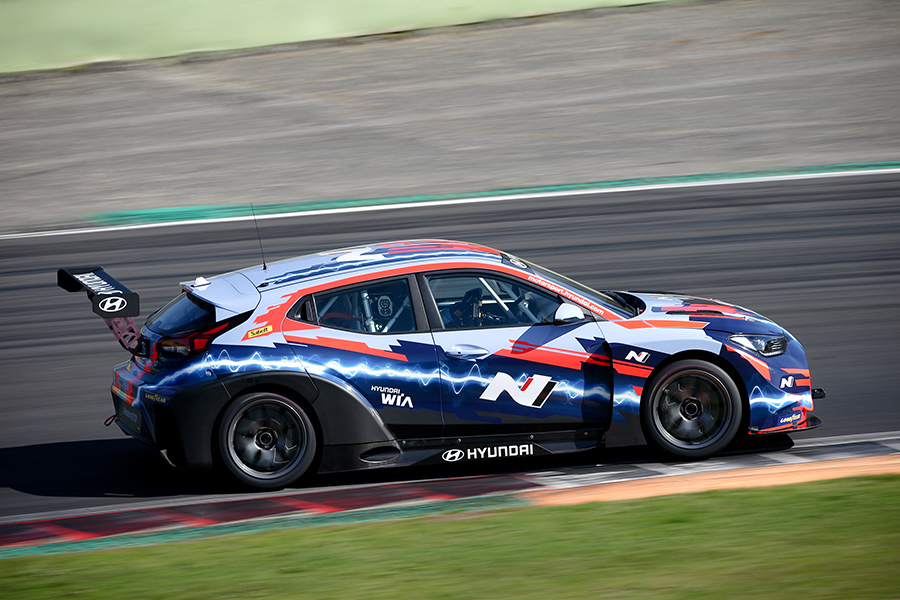 The ETCR official testing keeps on at Vallelunga

The first sessions of ETCR official testing organised by WSC are taking place in these days at Vallelunga’s Autodromo Piero Taruffi.
A first test of two days, on 19th and 20th October, was attended by the Hyundai Motorsport team with a Hyundai Veloster N ETCR, the first car ready to test after having completed the integration of the ETCR kit.
The Vallelunga test was supervised by the WSC Technical Department with technical support from the representatives of ETCR’s official stakeholders: Williams Advanced Engineering, Magelec, Enel X and MDD.
During the first test, the focus was mainly on the optimization of the control software of the systems, including power management, traction control, battery performance and recharge.

Marcello Lotti, President of WSC Ltd commented: “We have spent the latest two years in the development of this project that has lately been delayed several months by the COVID-19 pandemic, and so we are understandably proud that we were finally able to run the first two official test days without meeting with major technical issues. We are delighted with the way the optimization of the control software is progressing and after this promising start we are curious to check also on the performance in the next tests.”

The 2020 ETCR testing programme organised by WSC will continue with two more sessions at Vallelunga on November 4th/5th and November 27th/28th.
“We are currently checking whether it is possible to organise further sessions in December to offer the opportunity for testing to the CUPRA eRacer and the Alfa Romeo Giulia ETCR. Both cars are due to complete the integration of the ETCR kit at Williams Advanced Engineering between the end of November and the beginning of December,” Lotti added.