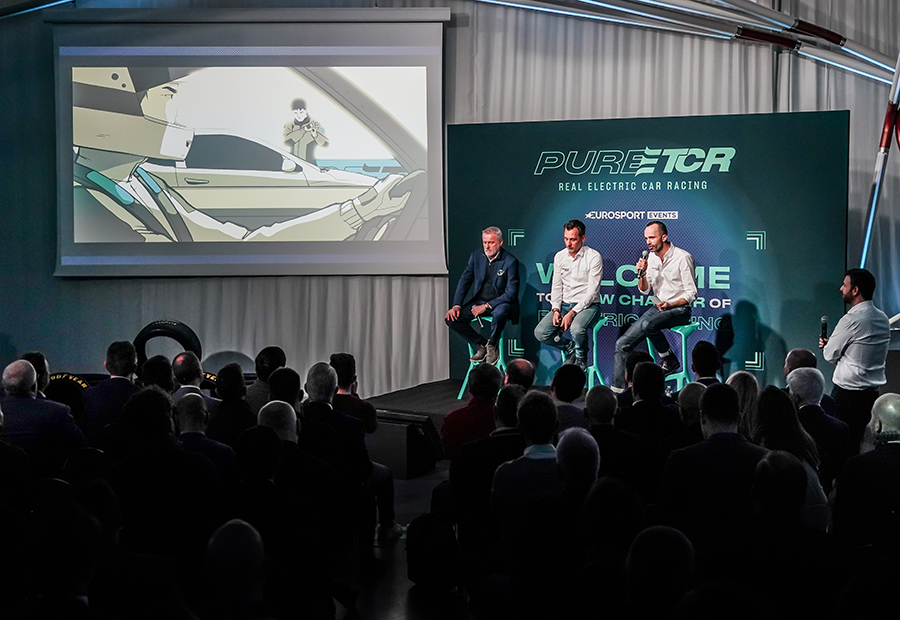 PURE ETCR, the world’s first all-electric multi-brand Touring Car championship was launched today in Paris.
Promoted by Eurosport Events, the Discovery-owned promoter behind the WTCR – FIA World Touring Car Cup, PURE ETCR promises the exhilarating battles and will unlock the incredible potential of high-performance electric vehicles.
PURE ETCR brings together the spirit of on-track competition in its purest sense and the world’s most powerful Touring Cars to create electrifying on-track battles that will thrill motorsport fans and provide a brand-new platform for the biggest automotive manufacturers to showcase their latest electric production cars in the intense environment of the racetrack.
In the inaugural season this year, two competitors per brand will go head-to-head at each event and each track to fight for individual honours. The lights will go out for the first battle at the Salzburgring, as part of a double-header event with the WTCR, on July 24/26. A week later, the series will move to the Copenhagen Historic Grand Prix, where competitors will battle on a street circuit for the first time.
After a summer break, competition will resume at Inje Speedium – again with WTCR – on October 16/18 with the final event held in Guangdong in November. Ahead of this, a must-watch event will be hosted at the Goodwood Festival of Speed, on July 9/12 with one car per brand taking part in timed runs up the iconic 1.8km hillclimb. The showcase season will end with an event that supports the 24 Hours of Daytona on January 30/31.
An FIA International Series, with Drivers’ and Manufacturers’ titles available for the first time, will take place in 2021 with an eight-round calendar across Europe, Asia and North America.