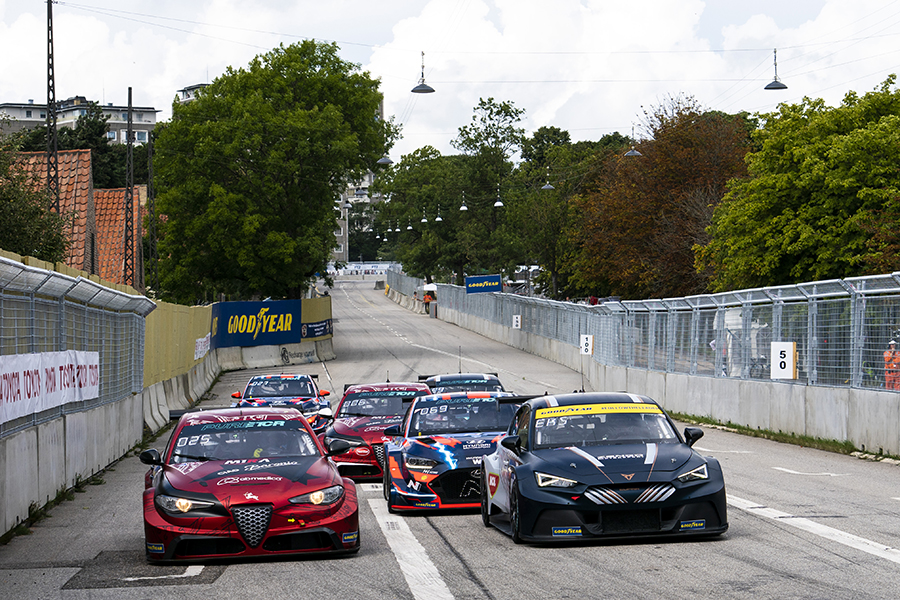 PURE ETCR: from the streets of Copenhagen to the Hugaroring

Two weeks after racing on the streets of Copenhagen, the PURE ETCR resumes for round four of its inaugural season at the Hungaroring, where the series for electric Touring Cars shares the bill with the WTCR.
After the first three rounds, Mattias Ekström leads the standings; the Swedish driver has scored 210 points at the wheel of his Zengő Motorsport CUPRA e-Racer, building a margin of 24 points ahead of Jean-Karl Vernay and his Hyundai Motorsport Veloster N ETCR.
Ekström's teammates Jordi Gené and Mikel Azcona are placed third and fourth, with gaps of 43 and 49 points respectively.
The first Romeo Ferraris M1RA driver in the standings is Rodrigo Baptista, in fifth position, 61 points off the leader. His team comes from a triumphant weekend in Copenhagen, where the Giulia ETCR cars were victorious in both the Super Final races with Luca Filippi and Phillip Eng; the Austrian who made his first appearance in the series was also crowned the King of the Danish event.
At the Hungaroring Luigi Ferrara will join the Italo-Hungarian team, replacing Oliver Webb who is committed to race in the Le Mans 24 hours.