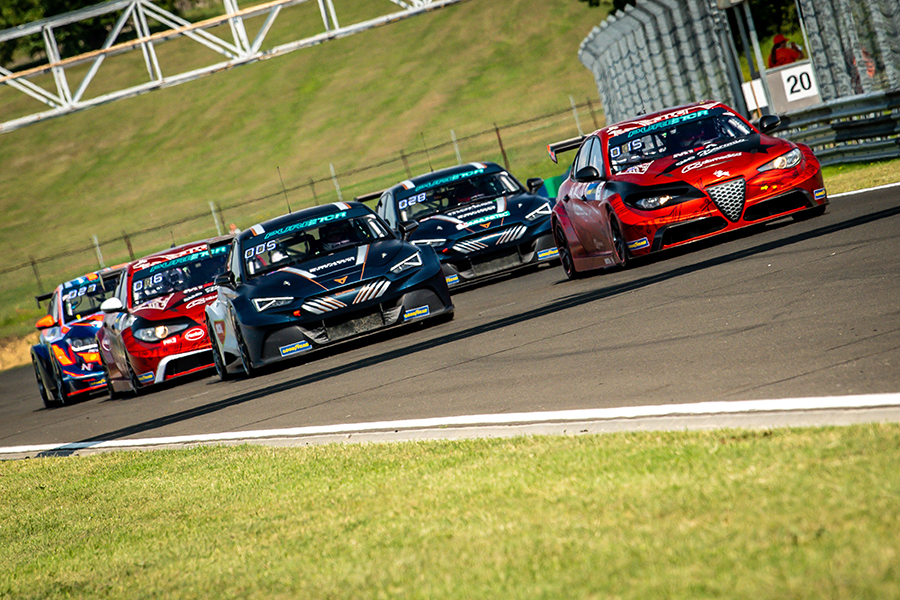 The third event of PURE ETCR at the Hungaroring saw Mikel Azcona and Phillip Eng sharing victories in the two Super Final races. Azcona was crowned the King of the weekend ahead of Eng and Mattias Ekström who has retained the leadership in the standings, 29 points ahead of Jean-Karl Vernay.
Augusto Farfus’ Hyundai Veloster N did not make the grid for the Pool A Super Final due to a technical issue that forced the team to change one of the inverters. Ekström was on pole, but Eng pipped him into the first turn. The Swede was obliged to defend second position from Luigi Ferrara, which helped Eng to create a small gap.
In Lap 2, Jordi Gené overtook Ferrara for P3, while Ekström was trying his best to get close enough to Eng for attempting an overtaking move. However, with a perfect use of the power up, the Austrian kept the gap stable and crossed the finish line with a four-tenth margin. Gené was classified third, while the fight for P4 between Ferrara and John Filippi ended with the Italian pipping the French by less than two tenths. However, after the race Ferrara was demoted to fourth for a track-limit infringement.
In the Pool B Final, pole sitter Azcona and Vernay made contact at the start and so Luca Filippi tried to take advantage of the situation to take the lead, but he was forced to the outside line, and this allowed Vernay and Azcona to get through. During the opening lap, Azcona passed Vernay and began to pull away. Behind the leading pair, Dániel Nagy chased Luca Filippi and at the end of the third lap he hit the rear bumper of the Giulia that spun and rejoined.
One Rodrigo Baptista passed Tom Chilton for P4; Luca Filippi tried to follow, but nearly lost control of his car when a rear tyre went flat for the consequences of the incident and so the Italian was forced to limp until he finished the race one lap behind.
The final round of PURE ETCR will take place at the Pau-Arnos, on October 15/17.