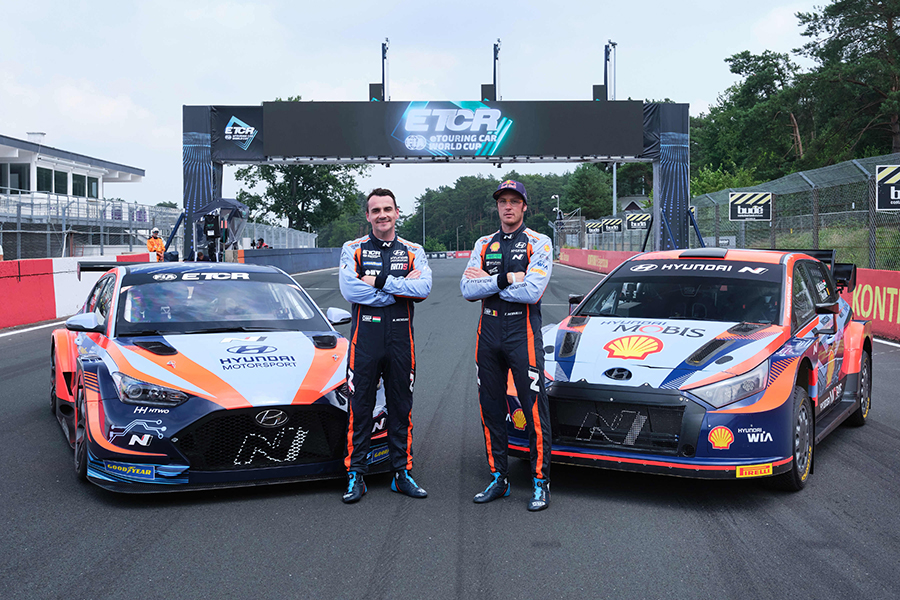 Neuville and Michelisz deliver an exciting show at Zolder

Hyundai Motorsport’s stars Thierry Neuville and Norbert Michelisz swapped cars during an exciting demonstration in the frame of the FIA ETCR event at Zolder.

Michelisz was first to take to the track, driving the Hyundai i20 N Rally1 car, with Neuville on co-driver duties. It was then Neuville’s turn to drive the Veloster N ETCR, his first taste of an all-electric race car, with Michelisz on hand for expert advice. The show culminated in Neuville putting his WRC car through its paces with Michelisz in the co-driving seat.

Neuville said: “What a great experience! This was my first time driving an electric race car and it was totally different to anything I have done before. The 500kW of power was instantaneous and very aggressive. It was fun to drive, but I have to admit I wasn’t used to having no engine noise or gearshifts. I enjoyed it. I have done TCR races before but maybe in the future I will join an electric race as well.”

Michelisz said: “I have been looking forward to this day ever since it was announced. This was the first time for me in a rally car. Sitting next to Thierry was an amazing experience. The Hyundai i20 N Rally1 feels fantastic and with his advice you could get the feeling and build confidence. I can’t remember the last time I had so much fun. There is a big difference compared to the Veloster N ETCR; you can slide a bit more. You can feel the hybrid system working; it is unique.”