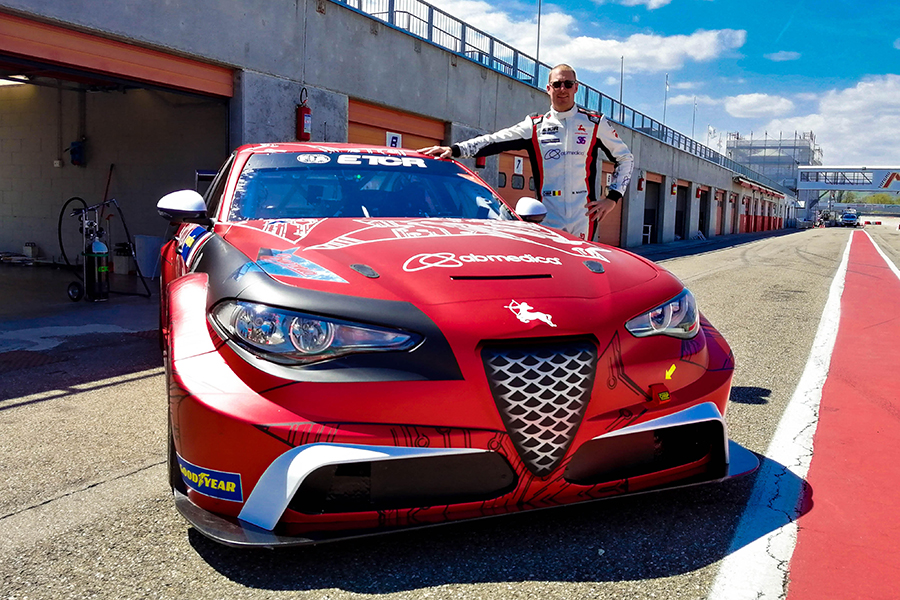 Romeo Ferraris named Maxime Martin as the first man to drive the Giulia ETCR in the 2022 FIA ETCR.

The son of Jean-Michel Martin, four-time winner of the Spa 24 Hours, Maxime is an experienced GT specialist who has claimed a GTE-Pro class victory at the 2020 24 Hours of Le Mans, as well as a win in the 2016 Spa 24 Hours. Between 2014 and 2017 he competed in the DTM, clinching three wins and seven podium finishes.

"I am thrilled to debut in a cutting-edge championship like the FIA ETCR and to measure myself for the first time at the wheel of an electric racing car like the Giulia ETCR of Romeo Ferraris. I have a long experience with tin-tops, and touring car races for me are a return to the past, but now there is the curiosity and enthusiasm provided by a new technical challenge," said Martin.

Michela Cerruti, Team Principal Romeo Ferraris commented: "Welcoming a driver like Maxime to our line-up is a great pride for Romeo Ferraris and confirms the excellent work done since the birth of the Giulia ETCR project. Maxime will be making his debut in electric car competitions but has a long career with high-performance cars such, and he knows what it means to be a works driver for a car manufacturer. This aspect has given him a mentality that I am sure will help us to progress even faster."