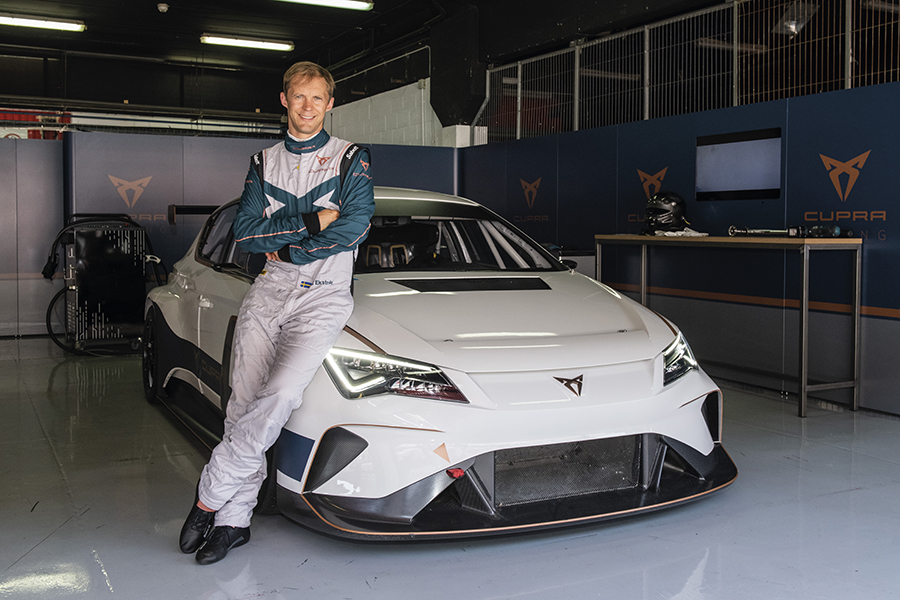 CUPRA has signed Mattias Ekström as the new e-ambassador of the brand. The Swedish racer will lead CUPRA’s electric racing strategy and will be the CUPRA e-Racer official driver.

The special car division from SEAT and the Swedish pilot’s alliance embodies the spirit of motorsport innovation. While CUPRA is pioneering the racing world with the CUPRA e-Racer, the first-ever electric touring car, Ekström has mastered different forms of competition such as the FIA World Rally Cross Championship, where he created his own team.

Ekström will be presented as CUPRA brand ambassador at the brand’s stand in the IAA Frankfurt International Motor Show.

The 41-year-old Swedish has impressive CV that includes an FIA World Rallycross title (2016) two DTM title (2004 and 2007), a Swedish Touring Car title (1999) and three victories in the Race of Champions. He is being widely regarded as one of the most versatile drivers in the world.

While CUPRA is fully aware that the future of racing will involve the use of alternative propulsion, the brand’s engineers will work alongside Ekström on the CUPRA e-Racer’s testing as well as the development of forthcoming electric racing vehicles: “Joining CUPRA is a natural move for me. After a career dedicated to the racing world where I had explored all combustion engine formats I wanted to transition to electric racing with CUPRA, wich has been a pathfinder in this segment since its creation,” said the Swedish driver.