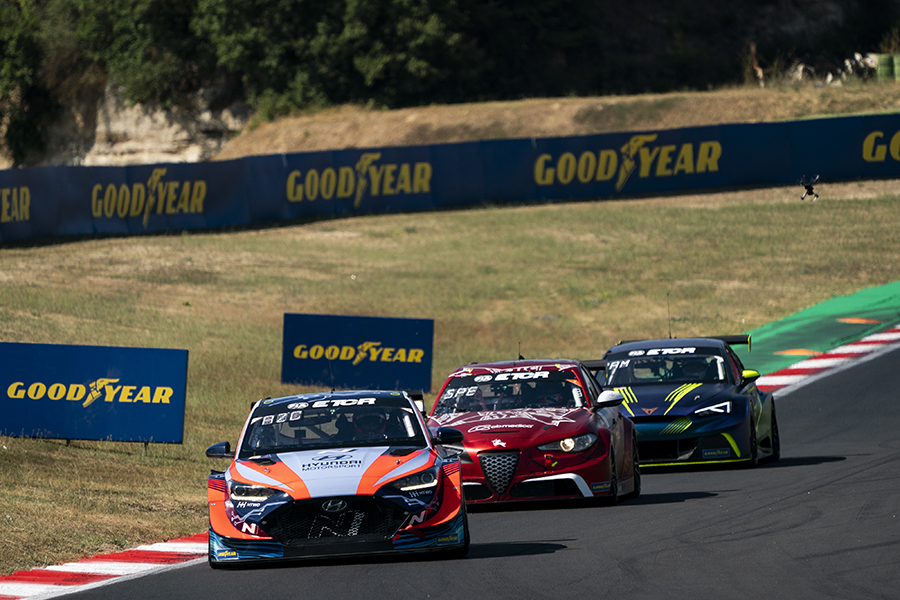 Mikel Azcona and Maxime Martin emerged as the winners of the FIA ETCR Quarter Finals at Vallelunga, provisionally taking a joint lead in the event’s standings.

In the first Quarter Final for Pool Fast, Spengler was able to pass Tambay and then Azcona going downhill after the start, but the Spaniard repassed him at the exit of the second Cimini bend and led for the rest of the five-lap race. Spengler and Tambay had a close battle for P2, until a puncture slowed the Frenchman who limped to the end in third position. The second race saw Norbert Michelisz, Luca Filippi and Jordi Gené negotiating the first fast corner downhill abreast until Michelisz took the inside line at the Cimini 1 and led from Filippi and Gené. Later Gené went straight at the chicane with a rear-tyre puncture and then during the final lap Filippi who was chasing Michelisz experienced the same problem and was forced to slow.

Martin had the pole for the first Quarter Final of Pool Furious and led at the start, but then had to fight with the strategy of the EKS CUPRA pair of Blomqvist and Ekström. The former used up his power up to pass Martin at the beginning of lap two and keep him behind. The Belgian found himself sandwiched between the Swedish drivers. He did not lose his nerve, repassed Blomqvist during the fourth lap and then kept Ekström at bay until the end. At the start of the second Quarter Fina, Nicky Catsburg took the lead ahead of Jean-Karl Vernay who had to defend the second position from the assaults of Giovanni Venturini. Catsburg benefited from the situation to win with a comfortable margin, while despite his efforts Venturini had to settle in third position.