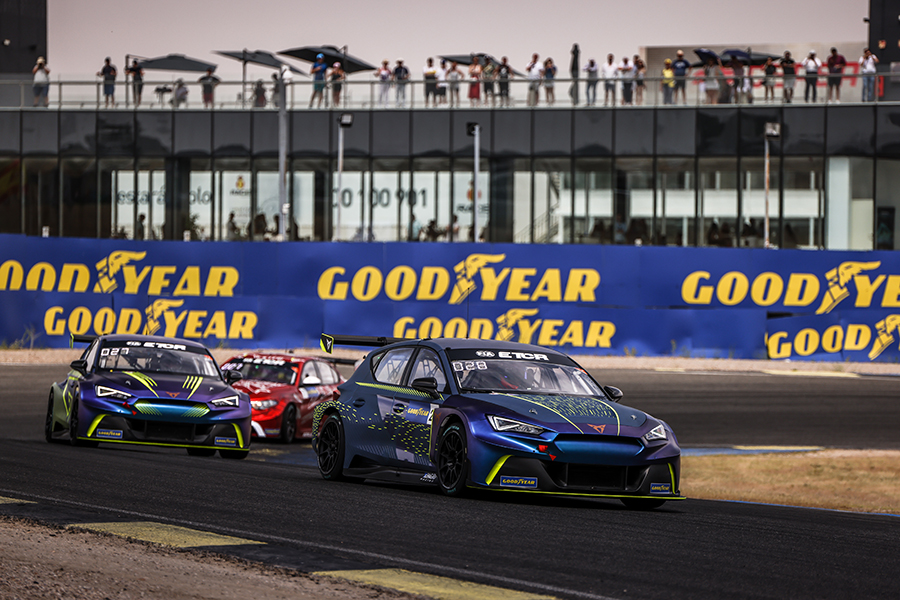 The CUPRA EKS cars dominated the first day of the FIA ETCR on the home ground at Jarama. Jordi Gené emerged as the fastest in the Qualifying and the four EKS-run cars set the two fastest times in both Pools. Then Gené and Mattias Ekström won the first Quarter Finals in the Fast and Furious pool respectively.

In Qualifying, Gené set the pole for the Pool Fast, posting the fastest lap overall of 1:37.123 on his second attempt, outpacing his teammate Adrien Tambay (1:37.395) by less than three tenths, while Bruno Spengler (1:37.723) qualified third. Not even Ekström was able to beat Gené’s time; the Swede was clocked at 1:37.264 in his first attempt in the Pool Furious and allowed himself the luxury to abort the second attempt as nobody was faster. Tom Blomqvist posted the second-best lap of 1:37.689 with Mikel Azcona third (1:37.708).

Gené continued to show his top form by winning the first Quarter Final of the Pool Fast. For the whole four-lap race he resisted the pressure from Tambay and beat him to the line by less than four tenths; Spengler had made a good start, threatening Gené’s leadership, but soon he lost the position to Tambay and then cruised to finish third. In the pool’s second Quarter Final, Norbert Michelisz resisted the attack from Luca Filippi and pulled away, while Jean-Karl Vernay overtook the Italian for P2. However, Filippi retook the position and began to close in on Michelisz. His efforts were frustrated when he spun during lap 3 and retired.

Ekström dominated the first Quarter Final of the Pool Furious, while Azcona and Blomqvist delivered a thrilling fight for P2. Azcona muscled his way past Blomqvist at the last turn in lap 2, but the Swede did not give up and attacked during the final lap. Their cars made contact, but Azcona retained the position and beat Blomqvist to the line by six tenths.

Maxim Martin led the final Quarter; behind him Nicky Catsburg passed Giovanni Venturini for P2 and then closed in on the leader. However, during the final lap, Venturini managed to pass Blomqvist and secured the second place behind his teammate.