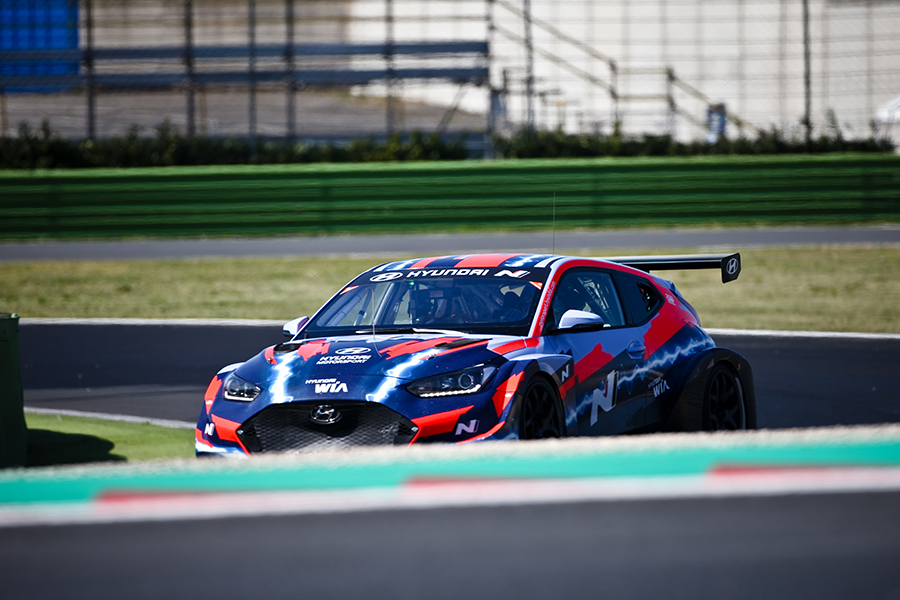 Hyundai Motorsport named the four drivers who will compete in the first-ever season of PURE ETCR, in which the Veloster N ETCR will make its competitive debut.
The experienced group is led by test drivers Augusto Farfus and Jean-Karl Vernay who have been instrumental in the development of the car and the major ETCR-standard technical components over recent months. The confirmation of their roles as race drivers for the 2021 season continues their presence in the project and will allow them to use the experience gained in competition.
The line-up for the season is completed by WTCC and BTCC race winner Tom Chilton and the 2020 TCR Europe vice-champion John Filippi.
Testing with the Hyundai Veloster N ETCR is due to continue in the build-up to the first race, with both Chilton and Filippi set to log laps with the car before their competitive debuts with the machine.

Vernay said: “This is going to be a very busy season for me as a Hyundai Motorsport Customer Racing driver – but I couldn’t be happier about it. Thanks to my role as a development driver for the ETCR project, I already have some experience with the car but now I am confirmed as part of the race team for the season I can focus fully on the remaining tests to be able to push for the win in Vallelunga.”

Chilton said: “Electric-powered racing is a new challenge for me, but as part of the Hyundai Motorsport line-up for PURE ETCR I think I am in the best place to race for victories. I know the team will have done a great job in developing the car so far. I’m sure they’ll be strong competitors, and a good benchmark to compare myself to, through the season.”

Filippi said: “A move to PURE ETCR is a big change for me. I know it will be a challenge, but it’s something I’m looking forward to. My first priority is to get used to the car in pre-season testing. Everything will be new – new car, new team and an entirely new format for the race weekends. However, as the first season of a new championship, everyone is going to be in a very similar situation. As a driver that’s an exciting position to be in and a great opportunity to show what you can do.”

Vice President and Head of N Brand Management and Motorsport Sub-Division at Hyundai Motor Company, Till Wartenberg said: “It is clear that electric power is one route for the future of the automotive industry, and also for motorsport, so to have Hyundai Motorsport and the Hyundai Veloster N ETCR as part of PURE ETCR from the very start is very important. The series offers a great opportunity to show the high-performance potential of an electric powertrain, in a car that is instantly recognizable as a Hyundai. Maintaining this clear link between the race and road-going models is a vital part to all our motorsport projects and is perhaps even more important here as the pace of change of development in electric cars is so rapid.”