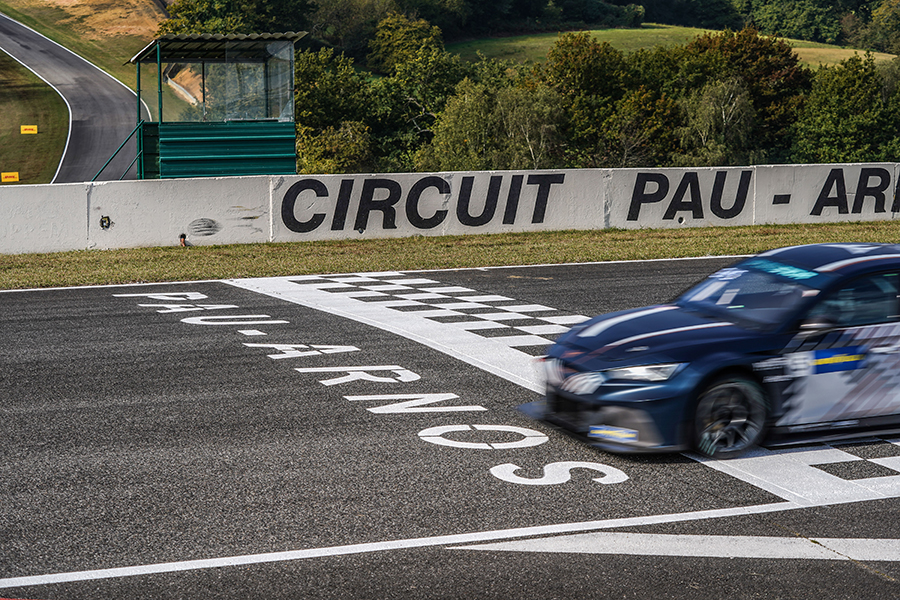 The last Super Final races of PURE ETCR’s inaugural season will see Augusto Farfus and Mattias Ekström starting from the pole position at Pau-Arnos.
The day began with the second round of battles, over three laps at 300kw, that produced a very close race between Mikel Azcona and Farfus, with the Spaniard resisting the Brazilian’s assaults to win by 0.273 seconds. The other winners of the Pool A battles were Oliver Webb over John Filippi and Luca Filippi over Dániel Nagy.
In the first of the Pool B battles, Ekström met with no resistance from his teammate Jordi Gené. Then, Jean-Karl Vernay took a great start to beat Rodrigo Baptista by a clear margin, and finally Phillip Eng got the better of Tom Chilton with ease.
The Time Trial sessions followed to determine the grid for the Super Finals, with the drivers completing one single lap from the standing start with the maximum power of 500kw.
Farfus topped the Pool A with a lap of 1:26.026, while Nagy created a surprise qualifying second (1:26.591) ahead of Oliver Webb (1:26.670) and Luca Filippi (1:26.840). Azcona ranked a disappointing fifth (1:27.189) after making a mistake at the beginning of his lap, and John Filippi closed the list (1:27.281).
Ekström was the first Pool B driver to hit the track and clocked a 1:26.187 that was good enough for the pole. Eng was the only one who threatened the Swede’s supremacy but had to settle in second position, 91 thousandths of a second behind (1:26.278). Vernay (1:26.678) and Chilton (1:26.759) will start from the second row of the grid, with Baptista (1:27.054) and Gené (1:27.284) in fifth and sixth positions.
In the championship standings, the gap between Ekström and his rivals remained stable, with the Swedish driver leading by 32 points over Vernay and 35 over Azcona when 50 points are still at stake in tomorrow’s 7-lap Super Finals.