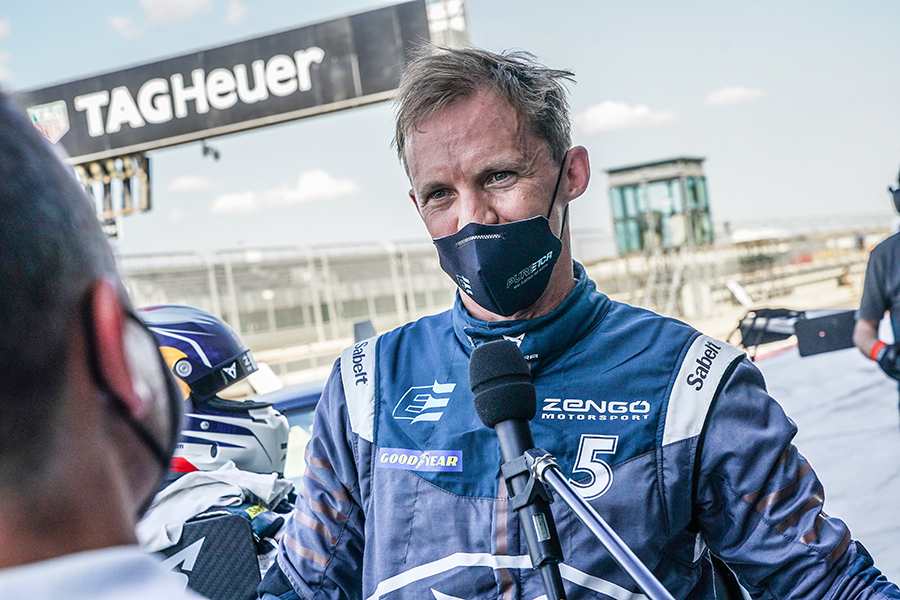 Farfus and Ekström share wins in the PURE ETCR finals

The second event of PURE ETCR at MotorLand Aragón saw Augusto Farfus and Mattias Ekström sharing victories in the two final races. Both Mikel Azcona and Jean-Karl Vernay, who were first and second in the standings after the season opener at Vallelunga, hit troubles during the weekend: the Spaniard did not finish in the Final A after a contact with Farfus, while the Frenchman missed Round 2 due to a broken driveshaft.
This meant that Ekström moved on top of the standings, 22 points ahead of Vernay, with Jordi Gené a distant third; Azcona dropped to fifth behind Rodrigo Baptista with a gap of 42 points.
Farfus won an eventful Final A, putting an end to Azcona’s invincibility with a controversial contact that ended with the Spaniard’s CUPRA beached onto the gravel trap.
At the start Azcona made good use of the pole to keep Farfus at bay, while Baptista and Gené followed in third and fourth. During the first lap, Gené passed Baptista for P3 and in the following lap Farfus stole the lead from Azcona. The Spaniard retook the first position in lap 3, while Stefano Coletti recovered after a bad start and passed Baptista and Gené to move into P3.
In lap 5, Farfus made a move inside of Azcona, their cars clashed and the CUPRA spun off onto the gravel. Coletti benefited from the situation and attacked Farfus in lap 6, but outbraked himself and lost second to Gené. One lap later, Coletti tried to retake the position, but his Giulia made contact with Gené’s CUPRA and spun off. Gené was able to continue despite damage to the front splitter but dropped behind Baptista who finished second, half-a-second behind Farfus. Gené successfully defended the third place from Tom Chilton.
Ekström took a dominant win in the Final B, leaving Vernay three seconds behind. The second spot of the grid remain empty, as Luca Filippi’s Romeo Ferraris Giulia did not start due to an electrical problem. This left space for Ekström who sprinted from P3 and led pole sitter Vernay into Turn 1. The Frenchman retook the lead in lap 1, but Ekström passed him again for good in lap 2 and began to pull away.
Behind the two leaders, Dániel Nagy passed Oliver Webb for third and a tree-way battle between them and John Filippi ensued for the rest of the race.
A couple of laps to the end, the trio closed the gap to Vernay, who reacted and pulled away again to secure the second place. During the final lap, Webb overtook Nagy to finish third.
The third round of PURE ETCR will take place at Copenhagen, on August 6/8.