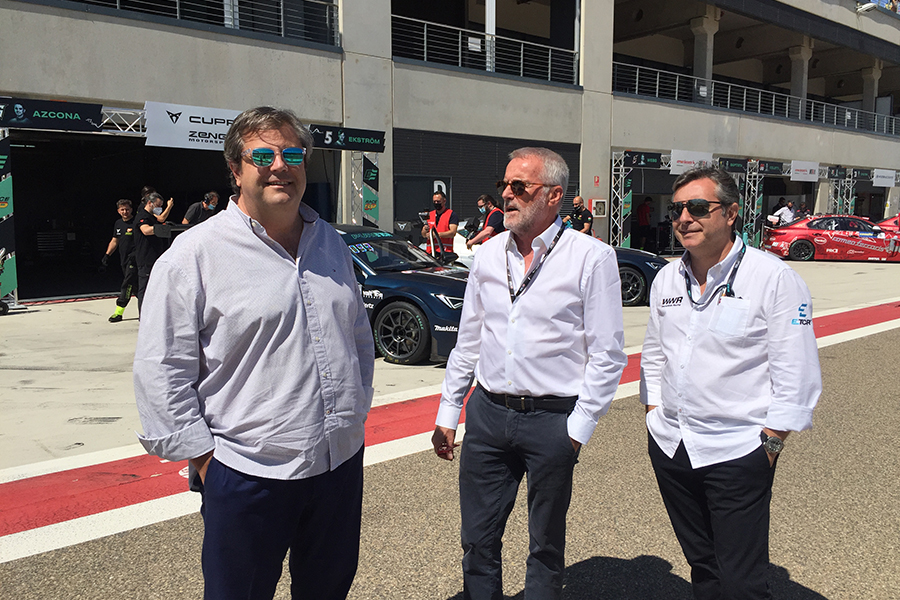 ETCR competition will expand with regional and national series

A crucial part of the ETCR concept is the expansion of the category, following the ‘pyramid’ pattern that has proven so successful for TCR. After the PURE ETCR marked the beginning of racing activity for electric-powered Touring Cars, WSC is now focusing on the launch of regional and national series. The first step towards this goal will be the launch of ETCR Europe, to be promoted in cooperation between WSC and TCR Euro Series LTD that already successfully runs the TCR Europe series.

“Automotive is changing and motorsport follows,” said Paulo Ferreira, TCR Euro Series CEO. “The trend is towards alternative energies and having seen how much interest was aroused by the Vallelunga event among the stakeholders, we aim to offer all customer teams the opportunity to be part of this new motorsport reality.”

“The plan is to start in wintertime, between November 2022 and March 2023. Obviously, we cannot begin with seven events like TCR Europe, so the idea for the inaugural season is to have four events. We are also considering the idea of sharing the bill with TCR Europe’s last round of 2022 and the 2023 season-opener. One of the crucial points is the cost of the car that will be unveiled by the end of September. However, after talking to Marcello Lotti I know it will be surprisingly affordable” he added.

WSC President Marcello Lotti commented: “We are very pleased, because Paulo is a long-time member of the TCR family. It is also important to point out that, on top of this, we are already working to set up ETCR series in the Middle East and Africa, over the same wintertime period 2022/2023, covering the whole EMEA region.”

ETCR Director Maurício Slaviero added: “These plans fit perfectly into our strategy to build an ETCR pyramid, with the PURE ETCR on top and the base formed by regional and national series. We are also in negotiations to bring ETCR to Asia and America.

Actually, everything had been already fixed to start ETCR Asia in 2023, but the COVID-19 pandemic has now questioned this schedule.”