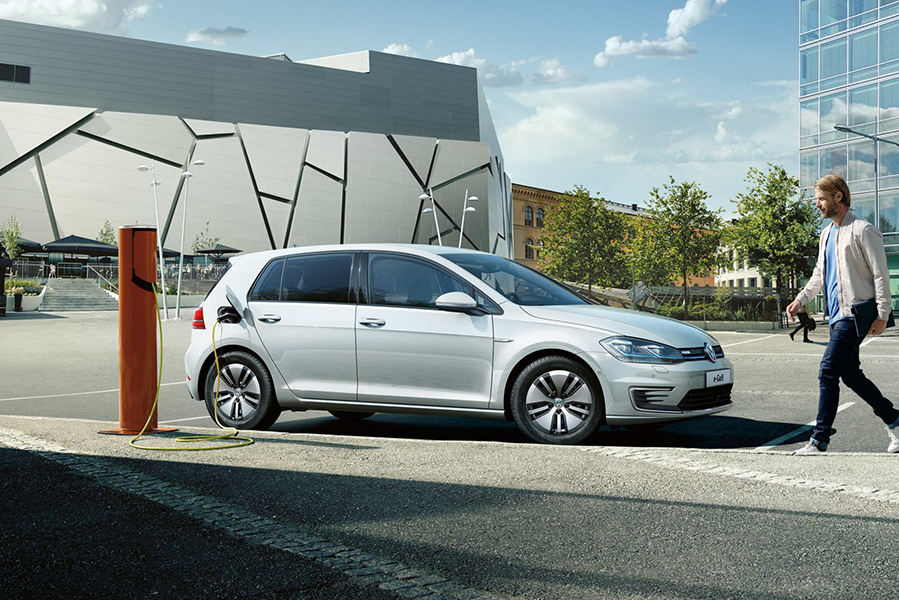 Electric cars cheaper to own than petrol, diesels

Electric cars are cheaper to own and operate than petrol or diesel-powered vehicles, according to new research.
A report from the International Council for Clean Transportation (ICCT) has examined the purchase price, fuel and tax costs from the Volkswagen Golf in petrol, diesel, battery electric and hybrid versions.
In a four-year period with an annual mileage of 12,874 kms, the full electric version of the vehicle, known as the e-golf, was the cheapest to operate in the UK, Germany, France, Netherlands and Norway.
The Golf, Europe’s best-selling car, was used as the reference because it represents a “good middle point” in prize and size in the average consumer market, according to the study.
EU and country-specific tax breaks currently play a key role in the savings, with Norway having a 27 percent savings from the e-golf to Golf diesel due to zero-emission vehicles being exempt from registration fees and VAT.
France, Germany and the Netherlands, meanwhile, saw 11-15 percent savings in the study, with the UK at 5 percent due to a recent reduction in EV subsidies.
While the upfront costs of EVs are still slightly higher than internal combustion engined-vehicles, ICCT spokesperson Sandra Wappelhorst told The Guardian that the prices will likely drop between 2025 and 2030, when most tax credits are due to expire. “It will happen, because battery costs are dropping and that means that the initial price of the vehicles will drop as well,” she said.
Savings are not just seen in Europe but also around the world.
According to the U.S. Department of Energy, EV owners have as much as a 60 percent savings per ‘fill-up’ when comparing electricity to petrol.
It states an average price of petrol is $2.62 USD per gallon, compared to the equivalent ‘eGallon’ of $1.13 USD, calculated by the cost of fueling a vehicle with electricity at the current rates, which is generally more stable than the fluctuation of petrol prices. “Because the average US household spends nearly one-fifth of its total family expenditures on transportation, saving on fuel can make a big difference in terms of the average family's budget,” a statement from the DOE read.
The DOE has created a vehicle cost calculator for alternative fuels, which offers direct comparisons to fossil fuel-burning models. https://afdc.energy.gov/calc/
EV owners also have reduced maintenance costs by as much as 35 percent, owing to less mechanical components on an all-electric vehicle.