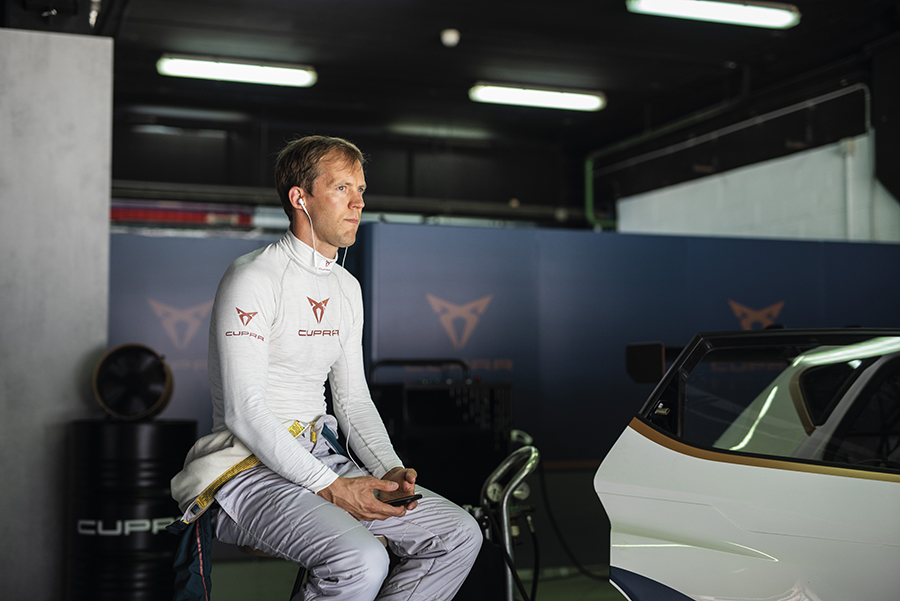 Development of the CUPRA’s e-Racer is “right on target”, according to driver Mattias Ekström, as the Spanish manufacturer’s preparations for the inaugural PURE ETCR season continue.
CUPRA was the first manufacturer to commit to building a car for the ETCR concept and named Ekström and Jordi Gené were named as drivers for the 2020 PURE ETCR season.

Ekström explained: “I drove the car the first time in January last year and we’ve done a lot of work in that time. This is CUPRA’s first electric racing car, so there’s a lot to learn about how these kinds of vehicles work on the track. A lot of the development’s been done and progress has been extremely good. That development continues as we get hold of the latest ETCR control parts and incorporate them into what we already have. There’s a lot of work still to do before the start of the PURE ETCR season, but we’re right on-target for where we should be.”

Did you have to change your driving style to suit the challenges of the ETCR powertrain?
“Not really. It’s rear-wheel-drive so there’s familiarity for me. I think anybody coming from a purely front-wheel-drive background will take a little longer to learn how to go fast. We’ve managed to create a car that’s very stable at the rear and I think you’ll probably need a car with this characteristic if you’re going to be fast.”

As a former World Rallycross Champion, does your experience of short, sharp, heat races give you an advantage while others learn the PURE ETCR Battle format?
“Maybe. Reaction time is crucial off the line in rallycross because the races are short, but they’re still important in any type of circuit racing. All the top drivers are generally good starters, so I don’t think it benefits me much. The ability to run flat-out across a short race is great for us drivers and I think the battles can be great for the fans if the drivers they’re watching all go quite varied on their strategies.”

Starting behind PURE ETCR’s gate will be new for everybody. How are you preparing for this challenge?
“There’s not a lot you can do, really, until you’re sat there waiting for the start of your first battle. You won’t be able to see what the other drivers are doing either, so it will all be about instinct. I think going three-wide down to the first corner can be pretty spectacular for the fans in the grandstand.”

How well do you know the four tracks that will play host to 2020 showcase events?
“Not at all. They’re all totally new to me. I’m sure I’ll spend some time in a simulator to learn my way around, but honestly, I learn tracks pretty quickly. When you’re used to rallying, and you get one recce to make your pacenotes, you become a fast learner.”