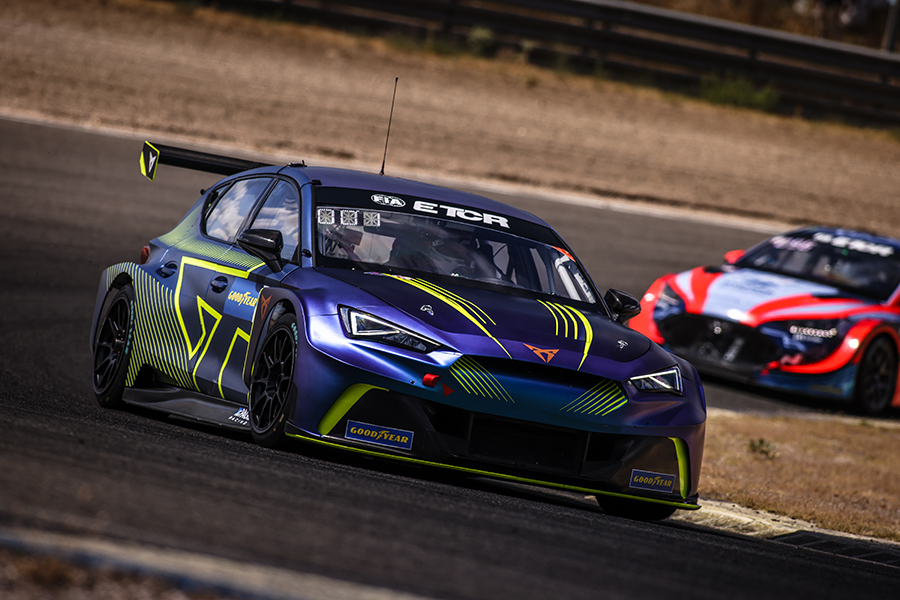 The CUPRA e-Racing cars continue their domination in the FIA ETCR. After Mattias Ekström and Adrien Tambay were victorious in the first two events at Pau and Hungaroring, the Swede won the third round in Jarama. On their home ground, the Spanish cars made a clean sweep; Ekström scored the maximum of 100 points on offer, while his teammates Tambay and Gené completed the podium.

These results meant that Ekström retook the leadership in the standings, six point clear of Tambay, while Mikel Azcona is the best of the rest in third position with a gap of 77 points.

In the first Semi Final of Pool Fast, Tambay managed to pass pole sitter Gené at the exit of T1 and pulled away. Behind him Gené struggled to keep Norbert Michelisz at bay until lap 3, when the Hungarian was able to steal the second place from the Spaniard. The latter did not give up and tried to retake the position in the final dash, but Michelisz beat him by two tenths. In a thrilling start to the second Quarter Final, Jean-Karl Vernay’s Hyundai was sandwiched between the Giulia cars of Bruno Spengler and Luca Filippi; they clashed, and the Frenchman dropped behind the two red cars. During the second lap, Filippi spun onto the gravel, then Vernay closed in on Spengler who was able to retain a small margin and won by seven tenths.

The Pool Furious’s first Semi Final was fairly processional. Ekström started well from the pole and led for the whole of the four laps, with Azcona behind and Maxim Martin a distant third. The second race was livelier, with Tom Blomqvist and Nicky Catsburg delivering a fair fight. Eventually the Dutchman muscled his way past his rival and went to claim his first win on his maiden ETCR weekend. Giovanni Venturini cruised behind them in third position.

Tambay started from the pole to score another comfortable victory in the five-lap Pool Fast final. Behind him, Gené passed Michelisz for second after the start and guarded his teammate’s back for the rest of the race. Vernay overtook Spengler for P4 and then resisted the pressure from the Canadian until the chequered flag.

In the Pool Furious Super Final, the six-car field split in two. Ekström, Martin and Azcona battled for the lead, while Catsburg, Venturini and Blomqvist fought for P4. Ekström got away well from the pole and led, while Martin overtook Azcona for second. The Spaniard tried his best to retake the position, but Martin closed all the gaps and during the last two laps he managed to shake Azcona off. The Belgian, then, tried to close the gap to the leader, but Ekström did not make mistake and won by six tenths. The battle for P4 saw Venturini passing both Catsburg and Blomqvist in lap 2; however, his rivals repassed him. Venturini did not give up and eventually overtook Blomqvist to finish fifth behind Catsburg.

The fourth round of the series will be at Zolder on 8/10 July.