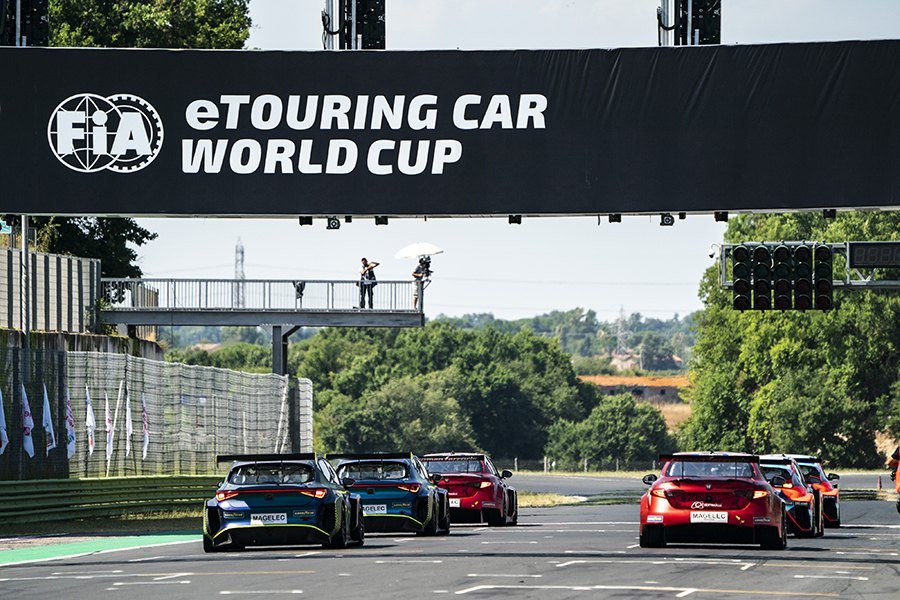 EKS CUPRA Racing teammates Adrien Tambay and Mattias Ekström will be fighting this weekend at the Sachsenring to become the first champion of the FIA ETCR - eTouring Car World Cup.
On his maiden season in an ETCR car, Tambay proved fast and consistent. He won four Super Finals of the five he took part in, scoring an impressive 435 points from the 500 at stake.
Ekström, the winner of last year's PURE ETCR title, was victorious in three Super Finals and lies second in the standings, only 14 points adrift of his teammate.
Mathemathically speaking, with 100 points on offer in the season finale, two other drivers are still in contention: Mikel Azcona and Maxime Martin.
The Spanish youngster who drives a Hyundai Veloster N has a gap of 67 points, while Martin is a further 8 points behind in his Romeo Ferraris Giulia.
However, their chances are slim, considering the scoring system that awards points in the Qualifying session, Quarter Finals and Semi Finals.
The last event of the season will see Bruno Spengler returning at the wheel of his Romeo Ferraris Giulia two months after his high-speed crash at Vallelunga that resulted in a mild fracture of T6 thoracic vertebrae that requested surgery. The Canadian driver has quickly and fully recovered and his eager to race at the Sachsenring.