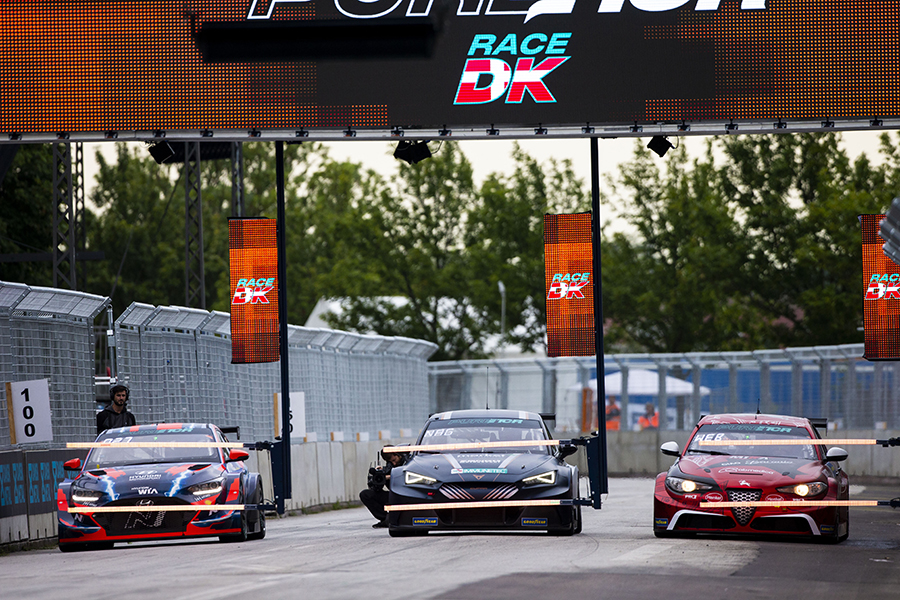 The first day of the PURE ETCR on Copenhagen’s street circuit was affected by changeable weather conditions and rain showers that forced a change of format, with the Battles 1 reduced from 5 to 4 laps and the Battles 2 from 5 to 2 laps.
Hyundai and Alfa Romeo cars shared wins in the first battles, with Jean-Karl Vernay and Augusto Farfus victorious in the Veloster N cars and Oliver Webb and Phillip Eng at the wheel of the Giulia by Romeo Ferraris cars. During the second battle, Luca Filippi’s Giulia hit one of the pillars of the starting gate, forcing the race to be suspended until the pillar was repaired. As a consequence the two following races were started by the lights.
The second battles were won by Matthias Ekström, Vernay, Mikel Azcona, Farfus, Luca Filippi and Jordi Gené.
With these results, Ekström retained the leadership in the standings with a margin of 17 points over Vernay, while Azcona lies in third position, 25 points behind the Frenchman. Gené, Rodrigo Baptista and Farfus fill the positions between fourth and sixth with gaps of 43, 46 and 48 points to the leader.
Action will resume tomorrow morning with the Time Trial, a single timed lap for each driver that will determine the starting position for the two Final races that will be run over the distance of 6 laps.