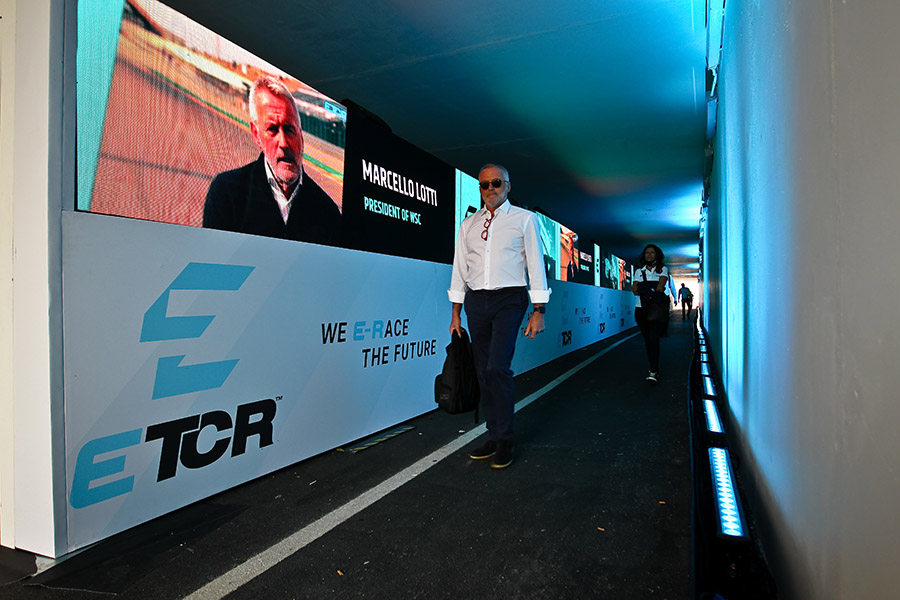 A very successful event in Vallelunga

The very first event dedicated to electric Touring Car competition that took place at Vallelunga's Autodromo Piero Taruffi was successful.
The friendly cooperation between WSC - the entity behind the ETCR concept -, Eurosport Events - promoter of the PURE ETCR series - and the circuit, with the enthusiastic participation of the stakeholders, produced a weekend that was a perfect mix of action on the track and promotional activities in the paddock.
The event was intended to promote electric mobility in general and to emphasize the synergies between motorsport and the automotive industry.
With this perspective, WSC organised a workshop hosted by Lisa Leyland, inviting the stakeholders to speak about their commitment in ETCR competition.
The workshop was split in four sessions over the two days and was opened by WSC President Marcello Lotti who recalled the genesis of the ETCR concept and its aim for creating a pyramid of racing series like for TCR.
After him, Enrico Stefano, President of the Mobility Commission of the City of Rome explained how a metropolis copes with the challenges of improving transportations and protecting the environment, while Vallelunga's CEO Alfredo Scala told how the circuit has become the first permanent hub for electric races.
In the second session Richard Soddy of MacRebur spoke of the company's mission to help solve the waste plastic epidemic; François Ribeiro explained why Eurosport Events added the promotion of the PURE ETCR to the already successful WTCR; Iain Wight of Williams Advanced Engineering showed how the bespoke battery for ETCR racing cars was designed and developed.
On Sunday morning, the focus was on Hyundai's commitment. First, Marketing Director Stefan Henrich illustrated how important the ETCR programme is within the brand's whole motorsport activities and then Ronald Grasman unveiled the secrets of the HTWO hydrogen-fuelled generator and spoke of the group's vision for a cleaner future.
In the final session different companies talked of their involvements with ETCR and the Vallelunga event: Vincenzo Vanni of Omnipower said about the Magelec powertrain, Michele Cecchini of Enel X explained how the company supports electric motorsports, Sebastian Trinks of Goodyear spoke of the road-legal tyres developed for PURE ETCR and Matteo Ribaldi introduced the LINK electric scooters that were lent to the drivers for use during the weekend.
Operators, insiders and media representatives crowded the room for all the sessions that were concluded by Q&A forums from the floor and from the people who were connected via webinar.
The many guests invited to the event had jolly good time over the two days. They could watch the PURE ETCR races, attend the workshop sessions, take part in Hyundai test drives tutored by Gabriele Tarquini, ride on LINK electric scooters, party in the hospitalities and, above all, learn more about sustainable mobility and the future of electric motorsports.