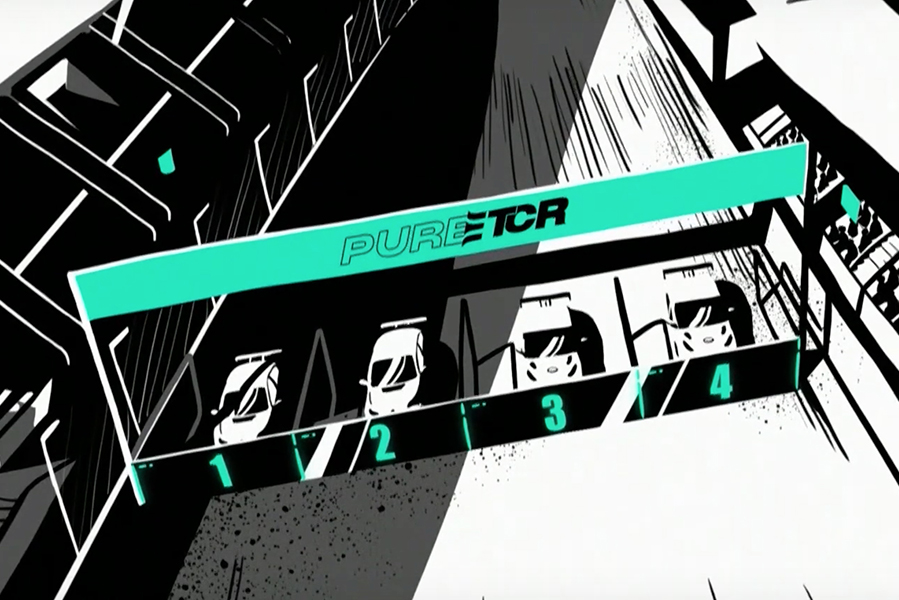 To highlight the ultra-high-performance capabilities of the 500kw PURE ETCR vehicles, every car will be put through its paces in a number of short, sharp, wheel-to-wheel battles; each driver pushing their car to its limits with no need for energy-saving tactics.
A live draw will split the field into Battle groups with drivers from the same manufacturer deliberately kept apart for Battle 1. Cars start side-by-side with the first-drawn driver having first choice on where they line up. Winners progress to the top groups of Battle 2 with runners-up squaring-up against each other and the remaining drivers doing the same. All Battle 2 winners progress to the Grand Final with runners-up in the B Final and the remaining drivers in the C Final.
An increasing number of points are awarded at every stage except Battle 3; a single-car, all-or-nothing blast over one lap to determine who gets first choice of starting position in each final. The Grand Final winner will automatically be the top points-scorer for the round.
Uniquely among circuit-racing championships, cars will line-up side-by-side for each Battle, inside a starting gate. When the lights go out, the gate will open and it’s time for full-throttle action. Once released, every driver will have one use of a ‘push-to-pass’ facility, unleashing extra energy and power to give them a chance to overtake the car ahead. A ‘fightback’ mode – an additional, smaller, power boost – will give the overtaken rival an opportunity to regain the initiative.
After crossing the finish line, cars are taken to the Energy Station; the centre of an interactive zone in the middle of the paddock, where fans can watch the vehicles re-energising up-close in safe and engaging environment.