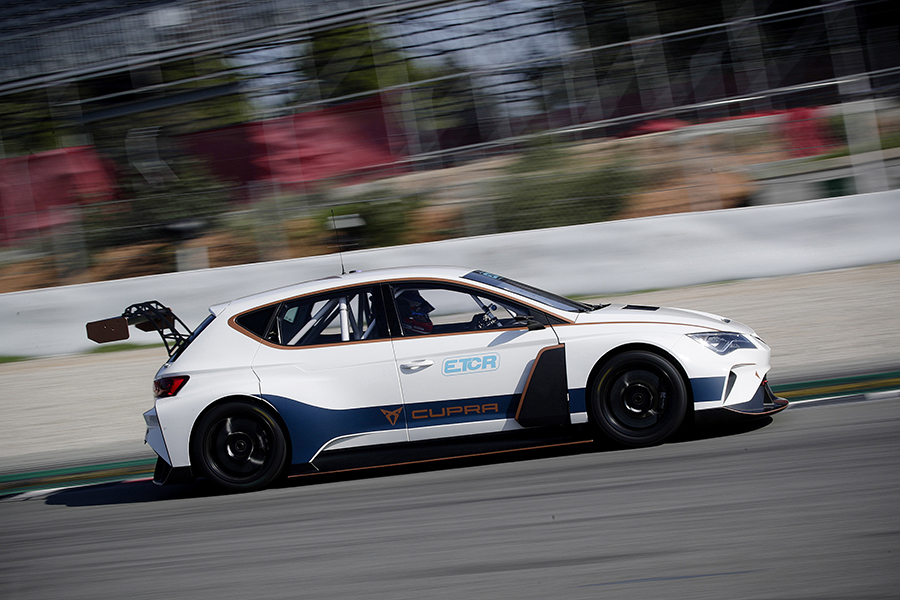 Today, the sound of the future was born

The sound of the CUPRA e-Racer was heard for the first time in public today
The racing car, developed in compliance with the technical regulations of the upcoming ETCR championship, was presented at Circuit de Barcelona-Catalunya

The car was heard live, together with the voice of Jordi Gené, World Touring Car driver and Le Mans Class winner who is currently developing and testing the new car, in an innovative live experience, which immediately made clear that something completely new was being witnessed and heard.
Gené stated that it reminded him of the sound of a jet plane and, from the outset, it was possible to appreciate the car’s performance that he pushed to the limit during six laps of the Catalunya circuit.
Gené’s voice when he negotiated the Elf turn, made it clear that the feeling is different from a petrol-engined Touring Car racer, but just as thrilling. The sensation when entering the turn is of an apparently slower speed, followed by acceleration at the exit during which the electronic system allows the driver to fully appreciate the power of its 500kw (680 bhp) motors.
Gené’s live interview continued, highlighting the different weight balance – more uniform – that permits a completely different driving experience.
Lap after lap, it was possible to appreciate how the interaction between the driver and the spectators is a powerful instrument that may change the rules of fan engagement: indeed, the championship encourages interaction between the drivers and their fans.

Marcello Lotti, President of WSC and organizer of the upcoming championship, was keen to highlight how motorsport has returned to its original role as a development platform for technologies that will be transferred to the consumer’s cars. “We don’t want to change motorsport, on the contrary we want to bring it back to the forefront of our and the car manufacturers’ minds. The first step consists of providing a common electric kit, but after this start-up period we believe the door will be open for manufacturers to develop and use their own technology.”

Lotti also announced that the names of the other brands involved in the ETCR championship will be unveiled soon.