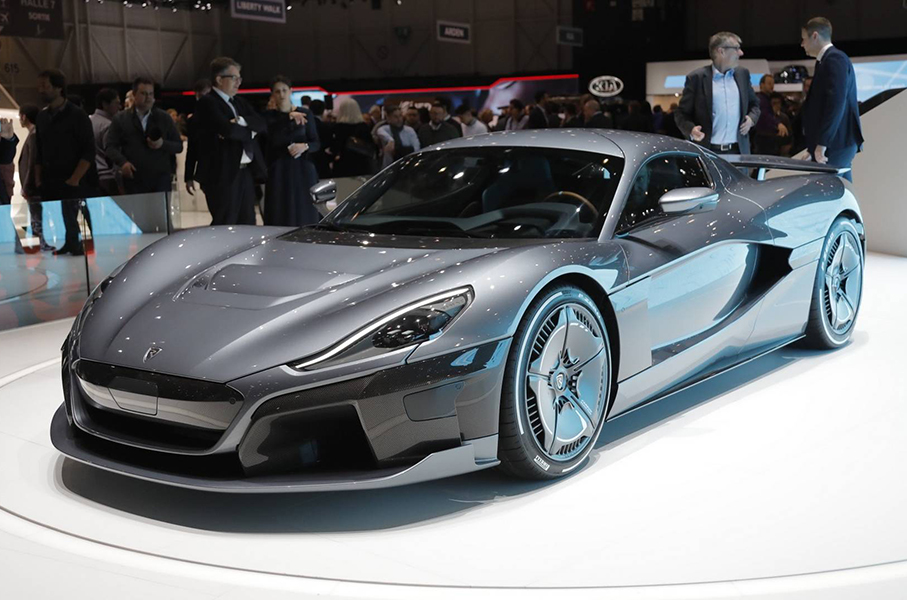 A number of leading car manufacturers have made sizeable investments in smaller electric car companies in recent months, showing the mainstream automotive industry’s growing commitment to electrification.
Ford, Hyundai and Kia have all pledged to jointly develop electric vehicles with smaller EV-focused automakers as part of important investment projects.
Hyundai and Kia, South Korea’s two largest car manufacturers, recently invested €80 million in Croatian electric hypercar brand Rimac Automobili. The deal, which sees €64 million come from Hyundai and a further €16 million from Kia, of which Hyundai owns a 33.88 percent stake, will result in the development of two EVs by 2020.
It will include an electric version of Hyundai’s N brand sports car model line, as well as a high-performance fuel cell electric vehicle, as part of the South Korea manufacturer’s plans to transition towards clean mobility.
Rimac’s Concept-One hypercar boasts an acceleration from 0-100 km/h in 2.5 seconds, an output of 1224 hp and a top speed of 355 km/h. Its C_Two model (in the picture) was unveiled at last year’s Geneva International Motor Show and will launch next year. All 150 production cars, which carry a price tag of €1.7 million, sold out within three weeks.
Rimac received investment from Porsche last year, which acquired a ten percent stake in the company.
In the United States, Ford recently invested $500 million in California-based startup Rivian, with a plan for the two companies to jointly develop an electric vehicle.
Rivian has already developed two electric vehicles of its own, including a five-seat pickup named R1T and the R1S, a seven-seat SUV. Production of both models will begin at its Illinois plant next year, with preorders open now and starting prices of $61,500 (R1T) and $65,000 (R1S).
The two vehicles are based on Rivian’s own ‘skateboard’ platform, which will also be used to develop the new model with Ford. This investment comes in addition to Ford’s existing plans to develop a range of its own EVs as part of a project worth $11 billion.
Earlier this year, Rivian received another investment round, led by Amazon and worth $700 million.
While not yet publicly confirming interest, Nissan is reported to be considering a sizeable investment in a Chinese electric carmaker. Bloomberg reports that the Japanese company wants to purchase a stake of as much as 25 percent in an unspecified Chinese EV maker.
Nissan has apparently narrowed the search to WM Motor Technology Co., Zhejian Hozon New Energy Automobile Co. and CHJ Automotive Co.
All three companies have launched fully-electric SUVs, and WM Motor, which builds cars under the Weltmeister brand, has received almost $450 million in funding from Chinese internet company Baidu.
The Nissan Leaf remains the bestselling electric car in the world, but China is still dominated by local manufacturers, leading foreign brands to search for other ways to penetrate the market.